We offer a full range of property management services tailored to you as an investor, homeowner, or landlord. We have an extensive portfolio of single family homes, townhouses, condos, and apartments in the area.

What we do as your Toronto property manager:

Inquire About Our Services 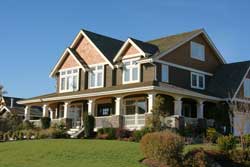 Toronto is the most populous city in Canada and the provincial capital of Ontario. With a population of 2,731,571, Toronto is the fourth most populous city in North America after Mexico City, New York City, and Los Angeles. Toronto is the centre of the Greater Toronto Area (GTA), the most populous metropolitan area in Canada, and anchors the Golden Horseshoe, a heavily urbanized region that is home to 9.2 million people, or over 26% of the population of Canada. A global city, Toronto is an international centre of business, finance, arts, and culture, and widely recognized as one of the most multicultural and cosmopolitan cities in the world.

Aboriginal peoples have inhabited the area now known as Toronto for thousands of years. The city itself is situated on the southern terminus of an ancient Aboriginal trail leading north to Lake Simcoe, used by the Wyandot, Iroquois, and the Mississauga. Permanent European settlement began in the 1790s, after the broadly disputed Toronto Purchase of 1787, when the Mississaugas surrendered the area to the British Crown. The British established the town of York, and later designated it as the capital of Upper Canada. During the War of 1812, the town was the site of the Battle of York and suffered heavy damage by U.S. troops. York was renamed and incorporated as the city of Toronto in 1834, and became the capital of the province of Ontario during the Canadian Confederation in 1867. The city proper has since expanded past its original borders through amalgamation with surrounding municipalities at various times in its history to its current area of 630.2 km2 (243.3 sq mi). Source From Wikipedia